OnlineLottoBaba recommends the best sites to buy Chinese lotto tickets online at affordable prices. We lead you to licensed lottery sites that guarantee payouts and compare ticket prices of them to help you find the cheapest tickets to Chinese lotteries online.

While the below list of Chinese online lotteries shows the best ticket price for Indians, you can also click on a specific lottery to find out more about it and to find more lotto sites that offer it, as well as their prices. 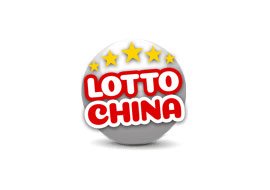 Can I Play Chinese Lotteries Online From India?

That depends on what you consider to be a Chinese lottery. There are two official lotteries that run in the mainland of China which have several schemes under them – China Sports Lottery and China Welfare Lottery. None of these lotteries and schemes can be played online from India.

However, LotteryWorld, which is a fairly popular lottery site targeted towards Indian residents has created its own Chinese lottery known as Lotto China. This lottery only exists online at this particular site and isn’t any more Chinese than the name makes it out to be. Nevertheless, it is the closest thing to a Chinese lottery that you can play online.

Where Can I Find the Cheapest Chinese Lotto Tickets?

You only have one option – buying tickets to Lotto China only offered at LotteryWorld. Check the list above to see the current price of an entry and to buy a ticket.

One and only one – LotteryWorld. Well, the truth is that you can find tickets to Lotto China at jackpot.com as well, which is a site owned by the same people as LotteryWorld. The two platforms are more or less identical. However, LotteryWorld is the Indian targeted one which is the preferred choice if you live in India.

What Is the Most Popular Lottery in China?

The most popular lottery of all time is probably the China Welfare Lottery and its schemes. It’s been running since 1987 and as of 2009, it was reported that tickets worth of $47.7 billion had been sold with $8.88 of those billions coming from 2008 alone.

However, reports coming in from September 2021 show that the China Sports Lottery and its schemes accounted for more than 30% in revenue than the China Welfare Lottery ($2.64 billion compared to $1.98 billion).

What Is the Biggest Jackpot Won From a Chinese Lottery?

As of March 2022, the biggest jackpot won from a Chinese lottery ticket seems to be 570 million yuan, which is approximately €89 million USD or ₹680 crore. The UK newspaper BBC reported a person winning this amount in June 2012, from the Double Colour Ball scheme that’s running under the China Welfare Lottery.

Chinese Lotteries Not Yet Available Online

As already covered, none of the official lotteries in China can be played online from India. The two big lottery operators of the country are the China Sports Lottery and China Welfare Lottery, whose schemes include (but aren’t limited to) the following:

About
Guides
Sites by payment options